The eastern edge of Choctawhatchee Bay has a secret in the form of a quiet small town that is just waiting to be shared among visitors and potential new residents alike. Within a short driving distance to a wonderful body of water, Freeport offers a set of advantages that many other small towns in Florida won’t be able to offer. One advantage is the abundance of history that supports the underlying beauty of this small town, which for sentimental reasons may influence your decision on whether or not to take up residence here.

Freeport is a small town located in Walton County, Florida and it has an estimated population of 2,351. According to Niche, Freeport has a median home value of $223,100, which is only $5,600 above the national average. The median rent price for a home in Freeport is nearly identical to the national average as both figures ($1,063 and $1,062 respectively) are separated by only $1. When it comes to either renting or owning a property, Freeport is decisively an owner’s market as 76% of its residents own their homes, whereas 24% pay rent on their property.

According to Areavibes, Freeport gets a C- grade in the Cost of Living category, and gets a 71 Livability Score out of 100. As an overall package, the town of Freeport’s statistics are pleasantly misleading as you will end up having more freedom of livability than what some ratings would indicate. For goods and services, it would cost you an estimated $0.88 to buy a bottle of shampoo, which is $0.20 (18.2%) below the national average. For a game of bowling, it would cost you an estimated $12.61, which is $2.88 (18.6%) below the national average. 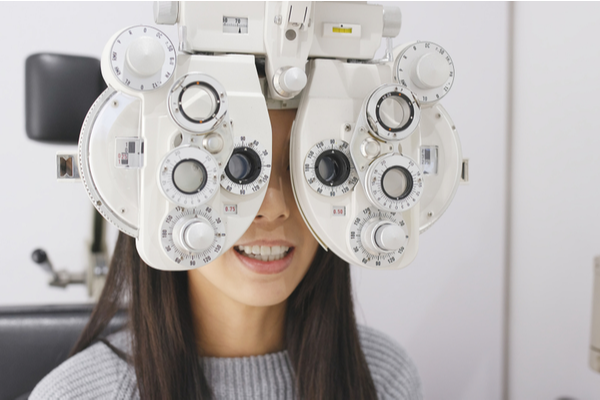 Age diversity is viewed as a strength in Freeport as Niche gives the small town a B+ grade in the Diversity category, also factoring in both ethnic and economic diversity. A combined 33% of residents in the age range from 55 to over 65 years call Freeport home. A combined 32% of residents ages 35 to 54 years make up the town’s residents, and the youth is well represented as a combined 23% of residents are ages 17 and under.

It was around the year 1830 when the town of Freeport officially began operating. Settlers were attracted to the natural harbor of LaGrange Bayou which is located near the eastern end of Choctawhatchee Bay, and situated along the Choctawhatchee River.

Genoa and Four Mile Landing were the original names of this town before it became firmly established as Freeport. During the Civil War, the name Freeport began to stick as Four Mile Landing fell out of favor among residents. In the 1850 census, most heads of Freeport households were listed as either farmers or boatmen. Farming the land and then fishing in the downtime or manning the commercial fishing boats or cargo vessels was the norm for Freeport workers.

Freeport had a significant connection with its steamboat and schooner transportation to larger cities like Pensacola for many years. Boats would also make trips from this small town to Geneva, Alabama via the Choctawhatchee River. The first mail delivered in Walton County came by water to Freeport from Pensacola along with an overland stagecoach route from Tallahassee that connected a steamboat service near Freeport. Most goods that were ordered from Pensacola were freighted by Freeport by commercially operated wagon trains. These trains took the route going northeast from Freeport through the Euchee Valley to the town of Cerro Gordo.

Land in Freeport was purchased in 1918 by the Valparaiso Development Company which planted sugar cane for shipping purposes to accommodate Chicago, Illinois. Today, the original port area at the juncture of Four Mile Creek and LaFayette Creek is manned by the Gulftsream Shipping Building and Murphy USA.

What to Do in Freeport 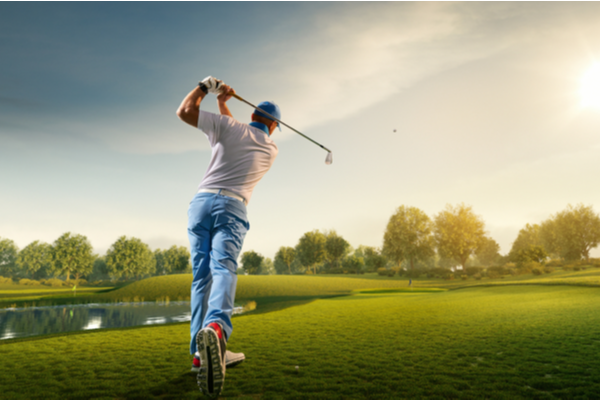 One of the biggest pastimes in the state of Florida is going out to the greens to play a round of golf. The Sunshine State has many golf courses, and there is one that has more than enough character to keep you both intrigued and challenged when you tee off. That course would be Windswept Dunes, which is located on Highway 20, 5 1/2 miles east of the US-331 Junction. Windswept Dunes is a dune-lined course that travels through 750 acres of beautiful Florida terrain. This course is only 20 minutes away from the Northwest Florida Beaches International Airport and 30 minutes away from Panama City Beach.

Windswept Dunes has wide fairways and large greens, and it also has full practice facilities set alongside the dramatic dunes. In front of you are 18 holes of spacious golfing, 7,752 from the championship tees. There are also 5 additional sets of tees which provide different levels of challenges and fun regardless of your golfing abilities.

Classified as a zoo, the Alaqua Animal Refuge offers visitors tours of the sanctuary it provides to animals that are in need. Hundreds of animals are on this 100-acre property, and the types of animals you will see at Alaqua include cats, dogs, birds, rabbits, horses, donkeys, goats, sheep, ducks and geese. Voted Best of The Emerald Coast in 2015 and 2017 by Emerald Coast Magazine, Alaqua provides shelter, safety, and second chances to animals that have been either hurt or abandoned. They have an application process for adopting an animal, and they work to spread awareness of protecting animals and giving them homes.

Speaking of animals, you could use an environmental education and nature center to help you stay informed about wildlife. With that in mind, the E.O. Wilson Biophilia Center serves Freeport with a great educational experience. Educating an average of 100 students a day ranging from the 4th to 7th grades, this education center is open Monday through Friday, promoting the importance of biodiversity, sustainability, and the conservation, preservation and restoration of ecosystems. This center is named after Dr. Edward Osborne Wilson, who is known for popularizing sociobiology, island biogeorgraphy, and character displacement.

While driving through Highway 20 there will be one unique restaurant you can take a pit stop at. That restaurant would be Cafe 20, which is a family-owned business that serves families throughout the Florida Panhandle and beyond. Cafe 20 is open Monday through Friday from 11:00 am to 8:00 pm and on the weekends from 7:00 am to 2:00 pm. What you can order on the menu are wonderful sandwiches such as Egg, Chicken, and Tuna Salad Sandwiches, the Philly Cheese Steak, the French Dip, and the Fried Fish Sandwich. You can also have healthy salads on the side such as Garden, Caesar, and Taco Salads.

Located on US Highway 331 South is a restaurant that specializes in making pizza, but it also offers great variety in a menu that appeals to food enthusiasts anywhere, That restaurant is called Pizza Company 850, and they are open every day except on Mondays. They are open for lunch 11:00 am to 2:00 pm from Tuesdays to Fridays, and are open for dinner 4:00 pm to 8:00 pm all other days. Specialties for lunch include calzones, Italian and Turkey Paninis, and a single slice of pizza. Appetizers have delicious options in Cheesy Bread, Garlic Bread Melt, and Caprese, which are tomato wedges covered in basil, cheese, and olive oil. The main attraction to Pizza Company 850 is of course the pizza, which come with various toppings. You can build your own pizza, or you can order Pepperoni, Barbecue Chicken, Buffalo Chicken, or the Veggie Supreme Pizza. 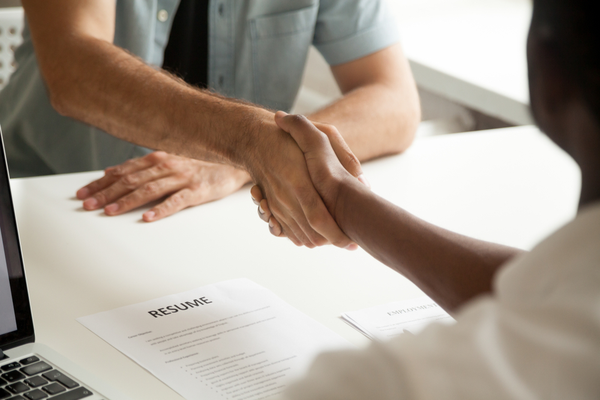 When it comes to job sustainability in Freeport, employees generally get plenty of breaks compared to surrounding areas. The unemployment rate in Freeport is an estimated 4.5%, which is 0.4% below the Florida state average and 0.2% below the national average. The poverty level in Freeport shows a positive outlook as only 12.3% of the population live in poverty. This level is 3.8% lower than the Florida state average and 2.8% lower than the national average.

The public education system in the Freeport area is considered to be one of the better systems in the state of Florida. According to Niche, a total of 5 public schools in the Freeport area have received A- grades, and 7 public schools have received B grades. One example of a successful public school would be Freeport Senior High School. This school has an average of 489 students and its student-to-teacher ratio is 17:1. Another good example is South Walton High School, which has an average of 952 students and a student-to-teacher ratio of 18:1. These two high schools rank as the 175th and 180th best public high schools in the state of Florida respectively. 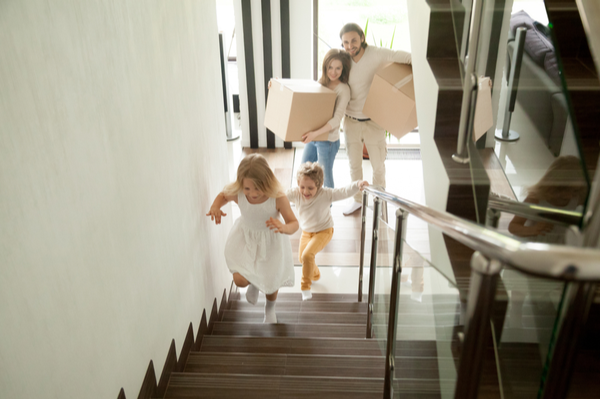 The real estate market in the area of Freeport is an interesting study, but more importantly the homes that are up for sale here are very much attainable if enough money is saved. Freeport is a market that predominantly features 3-bedroom homes, so if you have a large family these are the kinds of homes you would look for. According to the available listings on Zillow, the average size of land in a 3-bedroom, 1-bathroom home is 1,260 square feet of space, with the average estimated price being $449,450. The average price per square foot for a 3-bedroom, 1-bathroom home is $356.71.

While it may be somewhat tucked away from the best views of the Gulf of Mexico, there is no doubt that Freeport will give you a warm welcome. Excelling in combating crime and having friendly neighborhoods, Freeport will give you the freedom of livability that you have envisioned. You have a wide variety of things to do in and around town, and you remain within a short driving distance to bodies of water. Coupled with a great history, Freeport is a small town that you can genuinely raise a family in and feel safe while doing so. 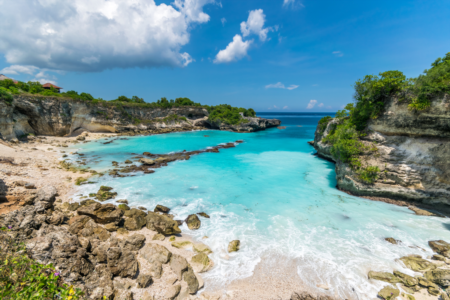 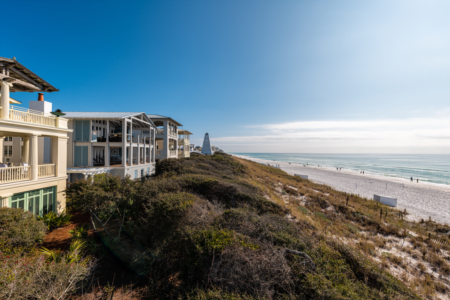 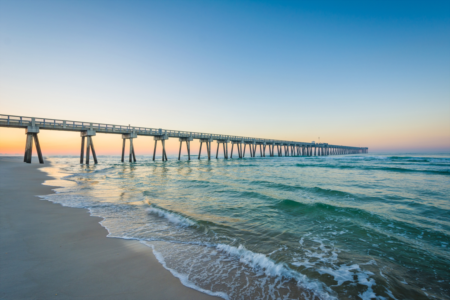